While operating the store he was involved in other operations as an owner and director, these interests included Nevada Bobs Golf and Tennis chain across eastern Canada, designer and builder of the Wally World Golf Practice facility,  2 domes in Oakville and also one in Mississauga, along with a Golf Show that he was involved with that  performed across Eastern Canada as well as locally.  It was a combination of a clinic, and skilled trick shots.  He did this show with his young friend Ron Lampman from St Thomas.  He continues to teach and do clinics.

He currently is the operator, and partner in a 20 acre Practice Facility in South London known as the Bobs Range, web site is www.bobsrange.com which was designed and built by Bob.  He sold his other business interests over the years including Bob Martins Golf and Fashions of which the new owners closed the doors and the business in July, 2012.

Bob’s wife is Kathy and they have one daughter Jennifer, they both assist in Bob’s business interests. 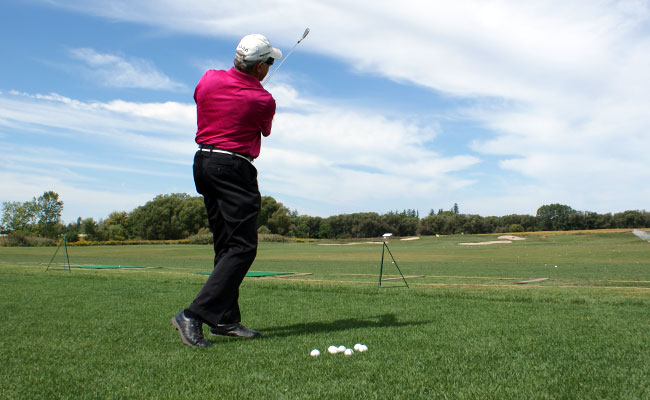 A  YEAR ROUND, OFF COURSE